The paper ‘The influence of Bill Schlackman on qualitative research’, in the International Journal of Market Research, Volume 57, Issue 5, 2015, by Simon Patterson and Francesca Malpass is about Bill Schlackman’s fundamental influence on qualitative research in the UK. This follows the paper ‘In Search of Excellence: The influence of Peter Cooper on Qualitative Research’, in the IJMR, Volume 54, Issue 5, 2012 (Peter Cooper was the founder of CRAM International)

Now retired and living in Florida, Bill Schlackman is known for driving qualitative research to achieve a deeper understanding of consumer motivations through the use of experimental research designs, as well as projective and motivational techniques. He also created sensitivity panels which aimed to sensitize a group to a certain issue by repeated attendance and discussion and thus developing a greater sense of awareness and trust between participants.

Prior to his military service in 1954, Schlackman worked as a delivery boy. He was asked to collect a package from Ernest Dichter’s Institute for Motivational Research and deliver it to the offices of True Magazine. Schlackman famously opened the package, discovering a report with the title ‘Why men read True Magazine’. After reading the study, he realised that this was something he could have done. He later went to the offices of the Institute for Motivational Research and expressed his interest in joining Ernest Dichter’s team. As he could not get a full-time job with them at the time, he decided to go into business for himself.

In 1960, Schlackman moved to London to set up Ernest Dichter Associates of which he was the Managing Director. Soon after in 1961 he set up his own business, William Schlackman Limited. Being an active member of the MRS and supporter of the AQR, he presented a number of papers at MRS conferences between 1961 and 1986. Peter Cooper who Schlackman called ‘Coop’ worked for Schlackman in the early 60’s as a freelance psychologist interviewer.

Watch the video which is part of the Research Network oral history here: https://www.mrs.org.uk/article/item/1758

Below is a picture of Bill Schlackman in conversation with Simon Patterson and Lawrence Bailey in Fort Myers, Florida, May 2013. 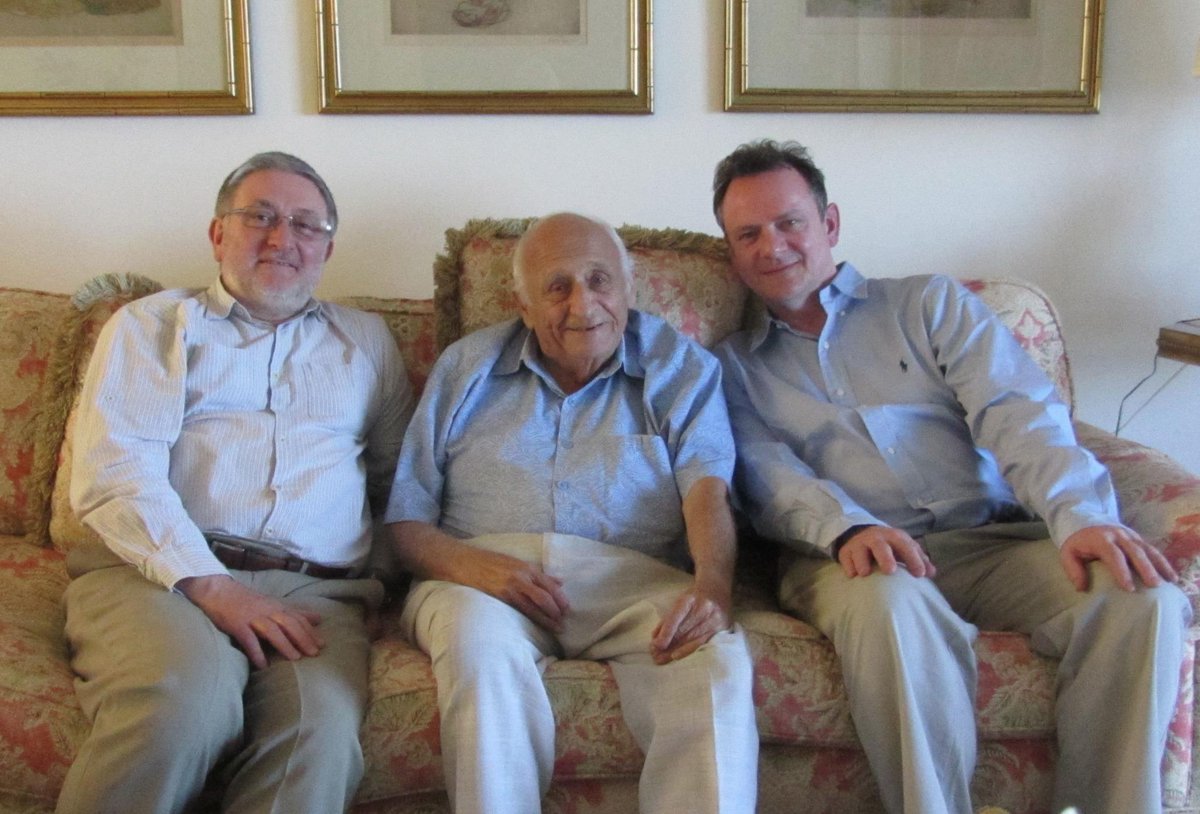 Here’s our new Ad!
Scroll to top
We use cookies on our website to give you the most relevant experience by remembering your preferences and repeat visits. By clicking “Accept”, you consent to the use of ALL the cookies.
Cookie settingsACCEPT
Manage consent

This website uses cookies to improve your experience while you navigate through the website. Out of these, the cookies that are categorized as necessary are stored on your browser as they are essential for the working of basic functionalities of the website. We also use third-party cookies that help us analyze and understand how you use this website. These cookies will be stored in your browser only with your consent. You also have the option to opt-out of these cookies. But opting out of some of these cookies may affect your browsing experience.
Necessary Always Enabled
Necessary cookies are absolutely essential for the website to function properly. These cookies ensure basic functionalities and security features of the website, anonymously.
Functional
Functional cookies help to perform certain functionalities like sharing the content of the website on social media platforms, collect feedbacks, and other third-party features.
Performance
Performance cookies are used to understand and analyze the key performance indexes of the website which helps in delivering a better user experience for the visitors.
Analytics
Analytical cookies are used to understand how visitors interact with the website. These cookies help provide information on metrics the number of visitors, bounce rate, traffic source, etc.
Advertisement
Advertisement cookies are used to provide visitors with relevant ads and marketing campaigns. These cookies track visitors across websites and collect information to provide customized ads.
Others
Other uncategorized cookies are those that are being analyzed and have not been classified into a category as yet.
SAVE & ACCEPT